The holiday season is a special time when food fills our stomachs, family warms our hearts, and festivities empty our bank accounts. Through constant practice and joyful effort, we turn these activities into traditions. Here at Aronson Advertising, our team members brighten their holiday seasons with a variety of traditions. We’ve collected some of them here for you to enjoy.

Some of the sweetest traditions are the ones passed down through the generations. Several of our team members celebrate the season with time-honored traditions from their cultural backgrounds.

PPC team member Keissey Rengel moved from Venezuela three years ago, and for the past two years, hasn’t found a group of friends to help her celebrate Christmas in the Venezuelan tradition. This year, she and her husband will be meeting with several Venezualan families to enjoy traditional Christmas food, including hallacas, pernil, and ham bread. She will also be attending nine days of masses, called ‘Misas de Aguinaldos,’ that culminate on Christmas Eve.

Webmaster Elizabeth Gambino celebrates with her family over a traditional Italian Christmas dinner in a non-traditional fashion. “We do an evening full of seemingly endless appetizers and hors d’oeuvres,” she said. “It’s still mostly seafood, fried calamari, scallops, mussels, clams, shrimp scampi, cod, but salmon instead of red snapper. Lots of antipasti and several giant salads.” The Gambino family also traditionally opens one present on Christmas Eve before bed.

Many holiday traditions revolve around spending time with family and loved ones. Sometimes the results are predictably festive. Other times…not so much.

Webmaster Manager Jessica Eugene visits her aunt’s house on her father’s side each Christmas, as she has her entire life. Her grandparents had 11 children, so family gatherings are massive. Together, they play Christmas bingo, socialize, and eat.

Jr. Content Writer Chloe Konicki always has a party with her extended family on Christmas Eve, but this year will be gathering on Christmas Day instead. Christmases have been a lot more fun since her youngest cousin came into the world. “For maximum enjoyment, all I have to do is follow him around and play with him,” she said.

Content Manager Kayla Kinney typically spends Christmas Eve at her parent’s house, and Christmas Day with her husband’s family. She also tries to go out and have a nice meal with her family at some point during the season.

Some members of the Aronson team have more humorous outcomes from their family-centered holiday traditions.

Sr. Content Writer Anne Platenik typically visits the movies with her family either on Thanksgiving or Christmas Day. But this year was … special. In her words:

This year, we chose Knives Out — thanks to the 90+ percent positive overall rating on Rotten Tomatoes. It was billed as an Agatha Christie-type mystery. Five of us went. Three of us fell asleep half-way through the movie. One of us snored. Tryptophan? Poor pacing? Bad writing? This tradition is now on very shaky ground.

Travel can seem like a constant during the holidays, but several members of our team pointed out unique travel traditions as a highlight of their holiday.

Jr. Content Writer Katie Winn takes a Christmas-themed outing with her family every December, and this year was no exception. They traveled to Bronner’s CHRISTmas Wonderland in Frankenmuth, MI, The World’s Largest Christmas Store®. The Bronner’s building sprawls over seven acres, with the saleroom taking up over two acres of that space. Katie’s family visited Bronner’s on the busiest weekend of the year, when approximately 50,000 people congregate there to celebrate the season. “This was my favorite Christmas-themed excursion thus far, and it won’t be beat,” Katie said.

SEO team member Monica Saraga will be visiting the Cincinnati Zoo lights this year, and she’s excited to see the display.

Social team member Star Therios has been traveling to New York City for the holidays with her friends since 2017. Their annual tradition is to pretend they are in Home Alone 2 and go to The Plaza, one of New York City’s most coveted hotels. She and the same group of friends will also be continuing a tradition they have had since they were ten years old — having a sleepover where they exchange gifts, bake, build gingerbread houses, and watch Clueless and Mean Girls.

Content Writer Savannah Saunders is carrying on a tradition with her best friend this year and attending a concert. When the two of them left for different colleges, they started the tradition of coming back for the holidays and going to a concert together. This year, they will be attending an All Time Low concert at a sold out House of Blues show and plan on wearing Santa hats to the event.

If you’d like to meet some of the people behind these holiday traditions and join our team, give us a call at (847) 297-1700 or browse our available positions.

From the team at Aronson Advertising, have a Happy Holidays!

About the author: Nathan Detemple

Nathan DeTemple is a content intern at Aronson Advertising. He is majoring in English/Communications at Trinity International University. In his free time, you can find him fishing, cooking, or watching the Green Bay Packers. 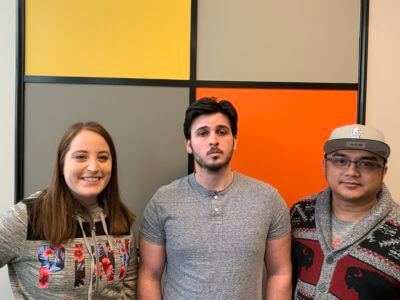 January Employees of the Month 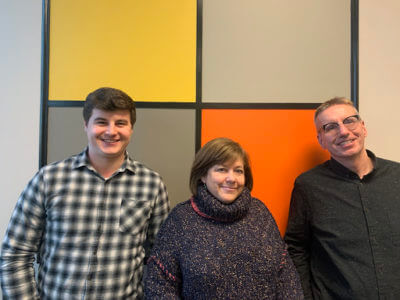 December Employees of the Month 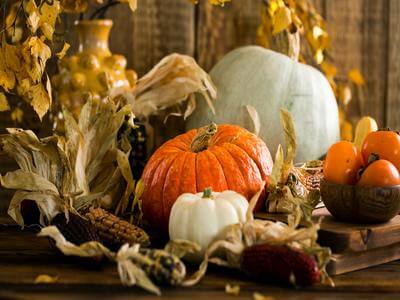 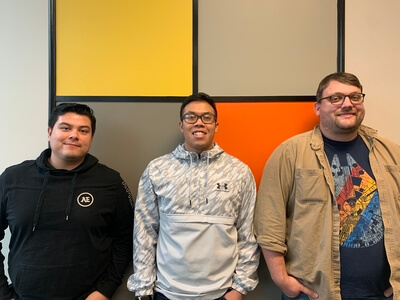 November Employees of the Month

Happy Halloween From All of Us at Aronson Advertising! 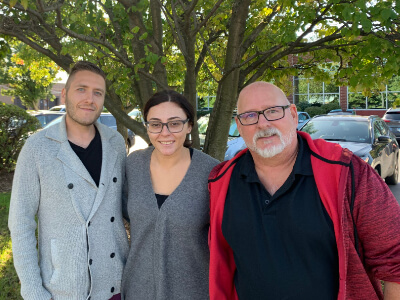 October Employees of the Month